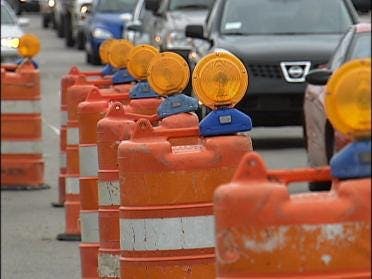 UPDATE: The interstate has been reopened.

Interstate 35 was closed and detoured Friday night between Perry and Billings in northern Oklahoma due to heavy smoke.

Oklahoma Highway Patrol troopers said northbound and southbound I-35 are closed between U.S. Highway 77 (mm 185) in Perry and State Highway15 (mm 203) near Billings in Noble County due to low visibility caused by heavy smoke from a nearby fire.

The US-412/Cimarron Turnpike off-ramps to north and southbound I-35 are are also closed at this time. All interstate traffic is being detoured to US-77.

Drivers can expect significant delays in the area and should consider using an alternate route to avoid the I-35 corridor, such as US-81 to the west.

This is a developing story.