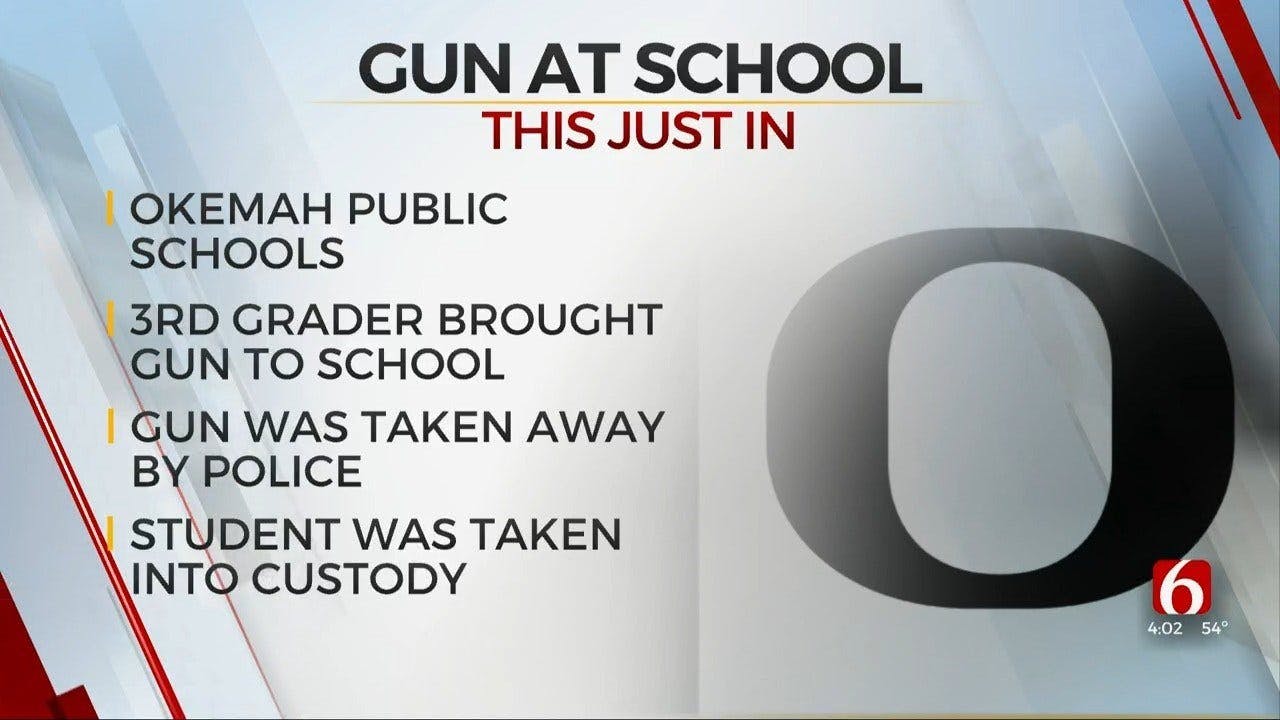 A third-grade student at Okemah Public Schools was found with a gun in their backpack, officials say.

According to school officials, the district received a report that a student was in possession of a gun. Officials said law enforcement was quickly contacted, which led to officers locating the gun on the student.

Officials said they believe no one was in immediate danger.

The following is the school's press release:

The Okemah School District takes the safety of its students very seriously and does everything it can to provide a safe learning environment. Today, the District received a report that a third-grade student had a gun in his/her backpack. The backpack was immediately searched and a gun was located. Law enforcement was immediately contacted and took possession of the gun and the student. Appropriate action is being taken against the student. As of this press release, it is believed that at no time were any students, patrons or employees in danger. The District wishes to thank the individual who reported the gun and law enforcement for their swift response. Parents, please remember to check your student’s backpacks regularly and please discuss with your students the importance of reporting anything that seems suspicious. The District cannot comment further because of privacy laws.