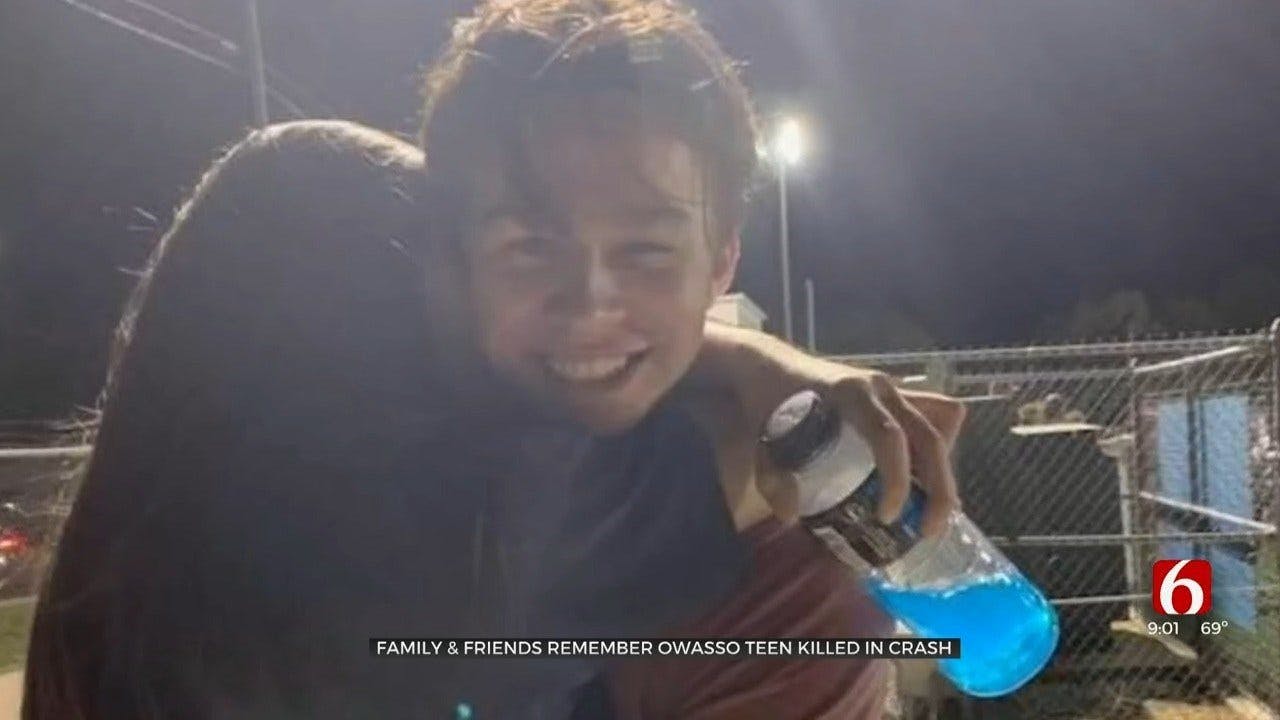 We’re hearing from family and friends grieving the loss of an Owasso teenager.

The 17-year-old died in a crash this morning. Those who knew Shea Powell said he was someone people looked up to, he was kind and selfless, and he'll never be forgotten.

“He was a shy boy but outgoing at the same time, it was a weird mix, but he had one of the most beautiful smiles,” she said.

The Owasso junior died this morning after a utility truck hit him at Highway 20 and 177th East Avenue, in what his mother tells me was just a tragic accident.

His passenger, a 17-year-old boy from Collinsville, and truck driver David Kielhorn both suffered injuries, but are expected to survive.

Rogers says her son and Shea’s little brother were in Boy Scouts together and she is very close to Shea's mother.

“Shea was always like a father figure,” Rogers said. “He would help whenever needed very friendly very respectful."

Co-worker Jesse Saldivar says he's still in shock after finding out about Shea’s death when he arrived for work.

"Once you really got to know him, his character really came out,” Saldivar said. “You got to understand the type of person he was. He was really trying to make everybody laugh and smile."

Shea's mother said her son was studying part time at Tulsa Tech after his classes at Owasso High School, and wanted to go into engineering.

She said Shea was someone everyone learned from, and laughed alongside.

“Shea was a beautiful soul. Very respectful, kind, he would do anything asked,” Rogers said. “It's something you strive and want your children to be like. If my child turns like half Shea did by we'll be ecstatic.”

Counselors are available at Owasso schools as long as they're needed for grieving students, staff and faculty.