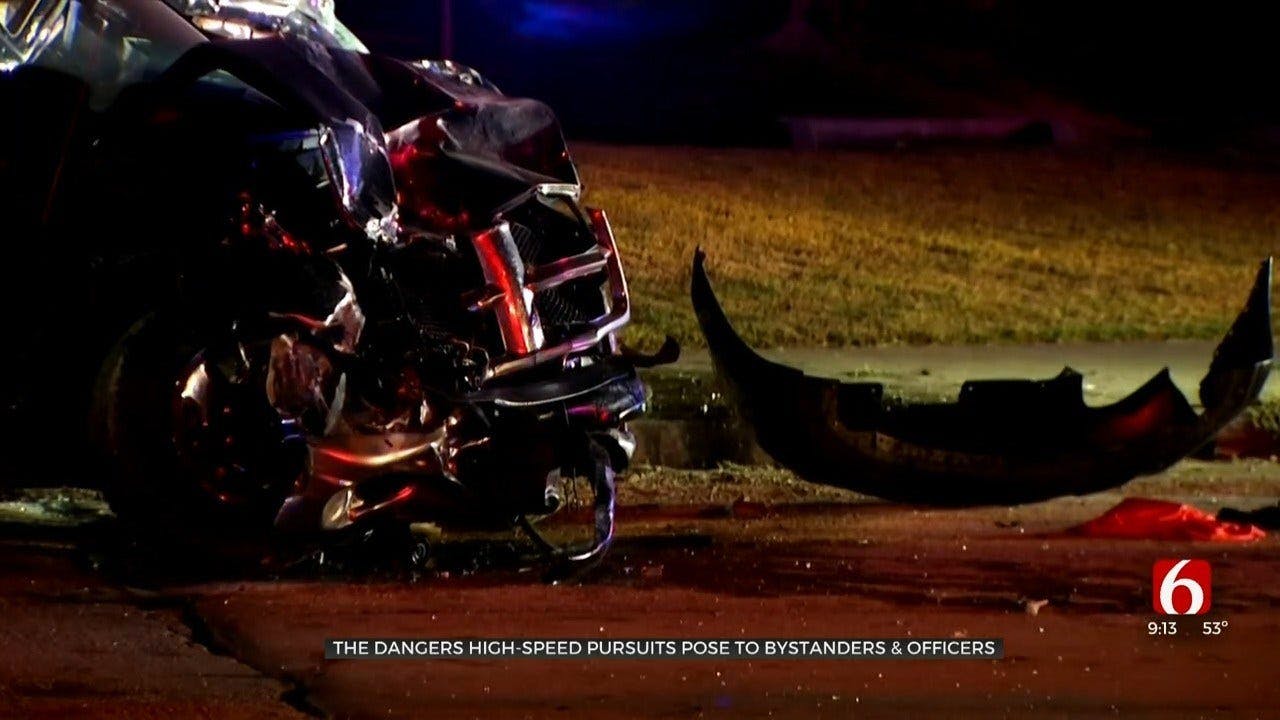 A recent chase with Tulsa County deputies ended with an innocent man's death.

On Friday night, 48-year-old William Houseman died after a driver and two passengers involved in a high-speed chase crashed into his car near East 11th and South 129th East Avenue in Tulsa after they ran a red light.

Law enforcement say while necessary, pursuits are one of the most dangerous aspects of their jobs. Sierra Adams bought her first car about two years ago, and only got to drive it for two months, before fleeing suspects crashed into her.

"A truck out of nowhere came and hit my driver's side. It happened so quickly," Adams said.

That driver had just taken Tulsa county deputies on a high-speed chase.

"I think it was ridiculous. He ran multiple stop signs going 80," she said. "I'm surprised he got as far as he did."

Although her car was totaled, Adams and her boyfriend got out with minor injuries.

"A pursuit is one of the most unique and dangerous things an law enforcement officer can do," said Corporal Paul Tucker with the Roger's County Sheriff's Office.

Tucker said officers pursue for a reason and try to keep safety at the forefront.

"Pursuits kill a lot of people too that are innocent, but we have a job to do," he said.

Tucker says a supervisor has to listen to each pursuit on the radio, and often will stop them if they're chasing a suspect for a minor crime or if the pursuit is a danger to others.

We asked people on Facebook their opinions on high speed chases. One person said "It's a necessary risk," another person also said, "It puts innocent people in danger."

"It shouldn't be worth an innocent person's life," Adams said.