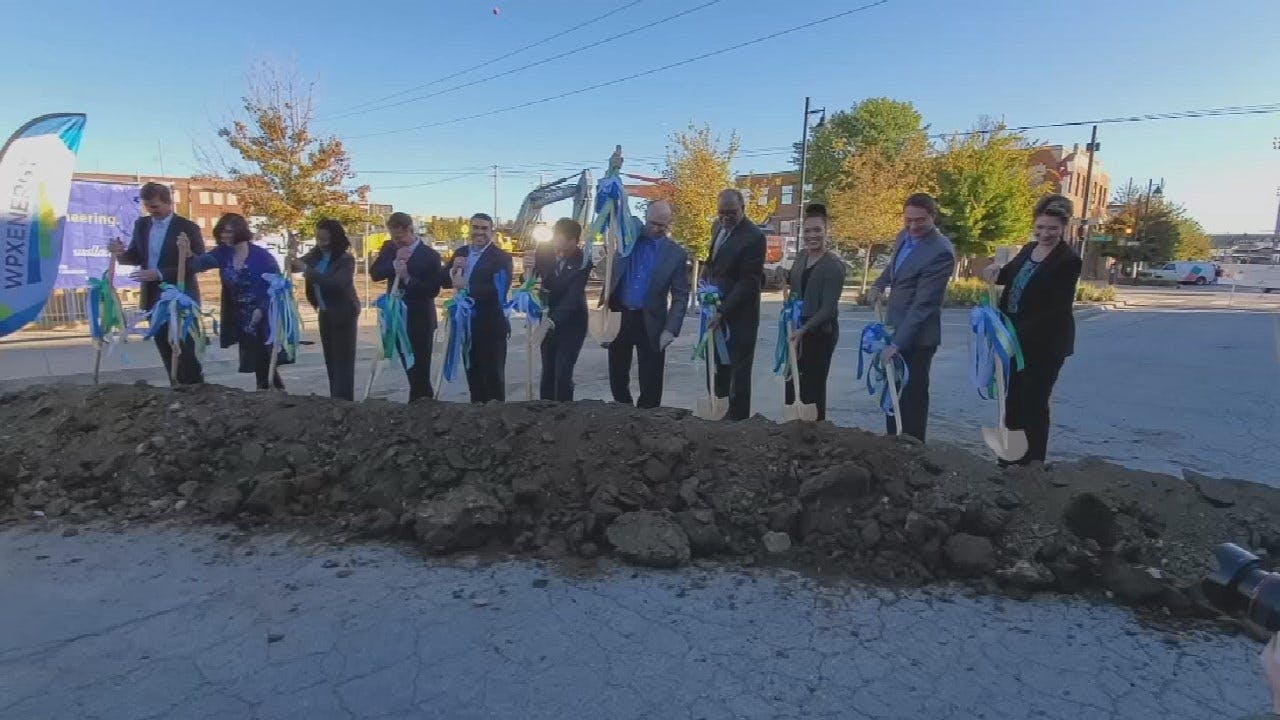 The Tulsa based company, with 450 employees working downtown, plans to build a $100 million dollar complex of buildings on an entire block. The property will include a 700 spot parking garage - some of them available for the public - with room in the offices for the company to grow.

The site was once the Spaghetti Warehouse building. It was razed over the summer, and with utility relocations complete, contractors began excavation work for the foundation Tuesday. The WPX buildings will have several levels, with an 11 story tower on the east side. The front will face Reconciliation Park.

The company now leases space at the BOK Tower.

"We're in a cyclical business, that's for sure" said Rick Muncrief, the CEO of WPX. "We're doing well now and building for the future, so I think employees are really, really, excited about that."

Tulsa Chamber CEO Mike Neal noted that while many oil related companies have relocated to Houston, or Denver, WPX is investing in Tulsa.

"This is going to be something that Tulsa will be proud of for decades to come, this will be a centerpiece to downtown, and a centerpiece for continued downtown development," said Neal.

Muncrief described a building as a bridge between the Greenwood and Tulsa Arts District, and said the company intentionally planned to invest in Greenwood, and the building purposely doesn't have a cafeteria to encourage employees to leave the building for meals nearby.

"When I look to the North, the North Tulsa area, I see opportunity. How can we continue to strive to strengthen this community?" said Muncrief.

The plans feature a passage through the property for people walking between Reconciliation Park and Guthrie Green. The building should open in early 2022.