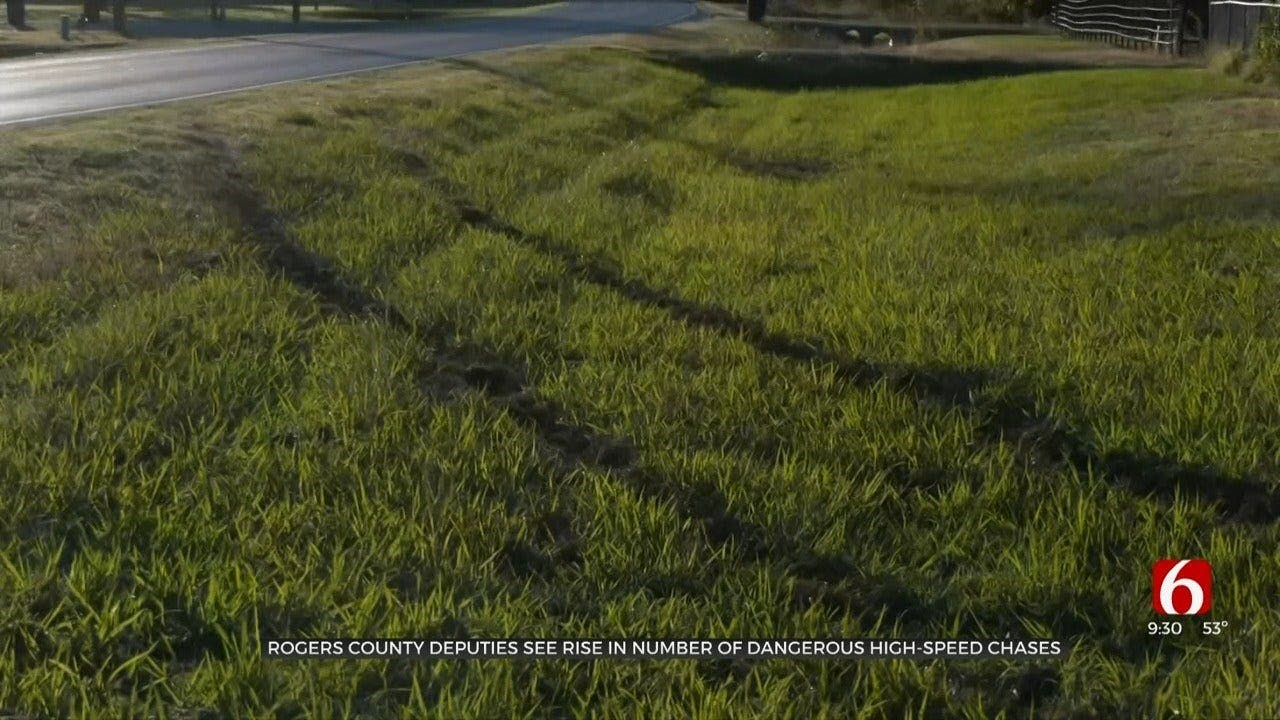 The Rogers County Sheriff said his deputies are dealing with a rising number of dangerous pursuits.

In just three days, they've arrested two people after high-speed chases. Deputies said after Tuesday morning's high-speed chase, the suspect admitted to drinking 30 beers before getting behind the wheel.

It was about 1 a.m. when a Rogers County deputy saw a car fly past him in a construction zone near Inola.

"One of our deputies tried to initiate a stop. The vehicle was going 90 in a 55," said Sheriff Scott Walton.

An affidavit said Samuel Evrett turned on to East 590 Road and at one point turned his lights off. It says he then veered off into a ditch near Peaceful Valley road, rolled over and hit a power pole, trapping him inside.

"When asked how much to drink, he said probably a 30 pack," said Walton.

Evrett was arrested for felony DUI, eluding and reckless driving complaints. Deputies said it's at least his second DUI.

"She made a fast pass through Claremore," said Sheriff Walton.

The affidavit said Kami hit a Claremore police car and A sheriff's unit during the chase and tried to run away on foot before resisting arrest.

Sheriff Scott Walton said he's seen a rise in the number of pursuits.

He said those suspects are putting everyone in danger.

"It goes hand in hand with an overall disregard for laws, authority, law enforcement," he said.

Sheriff Walton said he's just glad deputies could get the two off the road.

"How many lives get endangered by somebody's bad decisions," he said.